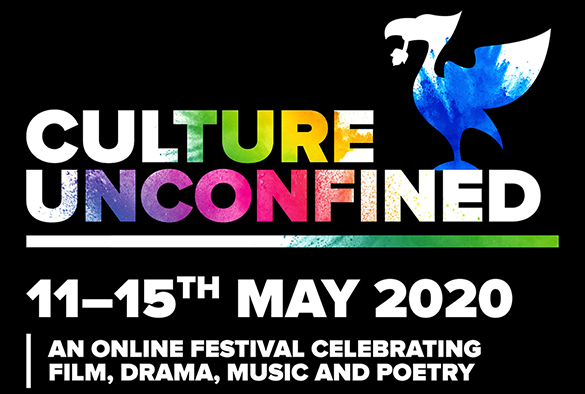 The University of Liverpool is launching Culture Unconfined – five days of drama, documentary, poetry, film and music to help people engage and stave off isolation as lockdown bites.

The online festival opens on Monday May 11 – just after the back holiday – with A Museum for Me!, a chance to imagine and create your own perfect museum, tell your own stories and curate your own exhibition. There is even a special lockdown version to experiment with.

This is followed by internationally renowned Irish composer, Gerald Barry’s dispatch from Los Angeles, where he is composing an opera based on Oscar Wilde’s Salome for the Los Angeles Opera; before former Royal Liverpool Philharmonic violinist, Roisin Walters delivers a 30 minute concert connecting Irish songs and Bach dance movements from the Partitas.

The first day concludes with an exclusive radio documentary from Red Fox Theatre, around the making of their Dingle based performance piece, Catch of the Day.

Professor Peter Shirlow, Director of the University’s Institute of Irish Studies and co-organiser of Culture Unconfined. He said: “One of the first casualties of Covid-19 was culture with the closure of venues, rehearsals and programming.

“However, one of the first responses to the lockdown were performances on balconies and people using their creative talents to deal with the trauma of crisis.

“As much as crisis defined culture, it was clear culture was going to define crisis. Culture Unconfined is the University of Liverpool’s response.’

“It drives creative ambition with digital and live performances, it galvanizes hope and history and plays upon mirth and more thoughtful moments.”

There’s more drama on Tuesday from Spanner in the Works Theatre, and music from Amsterdam and Pele frontman, Ian Prowse; while Wednesday opens with a link up with the University’s popular Lunchtime Concerts, before Doubleband Films present, Maradona: Kicking the Habit. The day is wrapped up by the Makey-Uppers and their Alternative Bedtime Stories – definitely not one for the kids!

On Thursday, Doubleband Films returns with To Be Frank Carson and University favourites, Green Tangerines perform in the evening slot.

The final day opens with another film; The Man Who Shot the Great War; followed by Loris and The Lion’s specially recorded concert of original work drawing on global folk traditions. Rita Ann Higgins then turns the eye of her poetry on to Covid-19; before Australian songstress, Nuala Honan closes the show.

Each day of the festival follows a schedule, with specific timings for each event. The online audience can access each performance – and view the entire programme – through the Culture Unconfined website.

There is no need to book tickets or reserve your place for any of the shows, with the exception of Deirdre Ni Chingaile on Tuesday at 1pm; and Ryan Molloy and Martin Dyar’s Absolute Kinship, which takes place on Thursday May 14 at 1pm.

Both of these performances will be shown live through Zoom, and pre-registration is required.

Professor Peter Shirlow said: “Universities are making a significant contribution to health, economy and risk management and here we find that additional layer that is culture and its ever more important role.”

Festival Director, and the University’s Pro-Vice-Chancellor for Cultural Engagement, Professor Dinah Birch added: “As the novelty of working from home begins to settle into a routine, it’s important that our online lives should continue to be refreshing and rewarding.

“Engaging with a variety of cultural resources is one of the best ways of staying connected, and expanding our sense of the new experiences that a virtual world makes possible.”